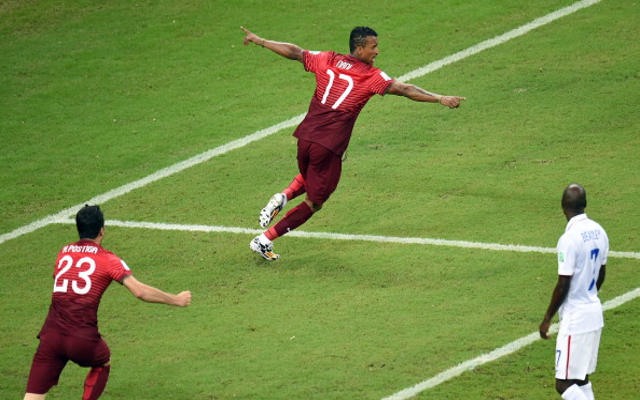 Italian side Inter Milan are set to offer Nani a way out of Old Trafford by making a £12m bid to bring him on board this summer, according to the Daily Star.

Inter boss Walter Mazzarri is determined to build a squad capable of challenging for the Serie A title next season and has made Nani one of his main summer transfer targets, according to reports in Italy.

Nani linked up with United back in 2007 in a deal worth £20m, though after a bright start he has struggled to hold down a regular spot in the first team thanks to the emergence of the likes of Antonio Valencia and Adnan Januzaj recently.

Last term he made just 13 appearances across all competitions – the lowest during his time at the club, and had been widely tipped to move on after the World Cup this summer.

However, despite his lack of involvement, he penned a new five-year deal just 12 months ago, which will keep him tied to the club until 2018.

During his time at Old Trafford the Portugal winger has made 146 appearances and scored 25 goals for the Red Devils.