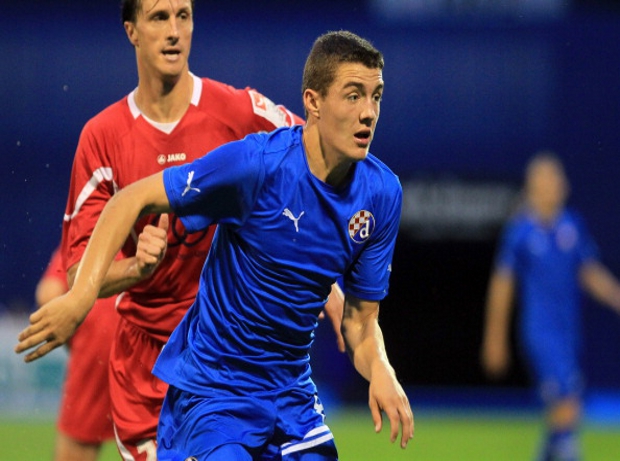 Kovacic, 20, impressed as a substitute in his country’s comprehensive 4-0 win over Cameroon last week, where he starred alongside fellow midfielders Luka Modric and Ivan Rakitic. His recent performances could now start a bidding war between the Reds and the European Champions, with talkSport reporting that the Inter Milan star could be available for around £20 million.

Anfield boss Brendan Rodgers will need to move quickly if he wants to secure Kovacic’s signature, with Italian broadcasters Sports Mediaset claiming Madrid have already opened negotiations with the Croatian’s advisers. Rodgers has been determined not to pay over-the-odds for transfer targets so far this summer, and he is likely to make an exception for a player that has made just 53 first-team appearances for the Italian giants, and is yet to score a goal.

Real manager Carlo Ancelotti is reportedly a big admirer of the midfielder, who has been billed as one of the brightest young talents in world football. He will be hoping that the influence of Kovacic’s international team-mate Modric will be enough to convince him to move to Spain.

Both clubs have also showed an interest in Rakitic in recent months. The 26-year-old was part of the Sevilla side that won the Europa League last season, helping them to a surprise final win over favourites Benfica. However, the midfielder, who scored 15 goals in 52 games for his club last season, is seemingly on his way to Barcelona, with the Catalans having already agreed a fee.