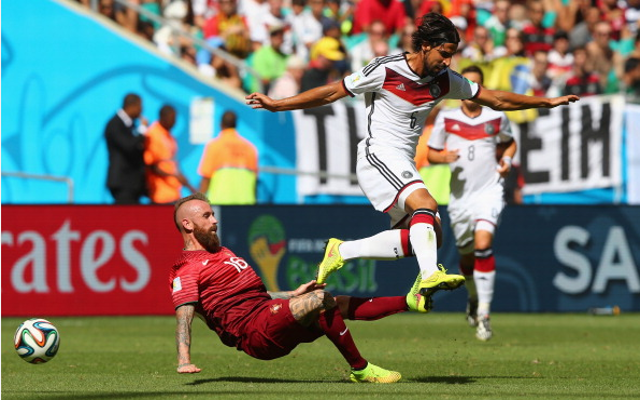 Man United appear to have secured a deal to sign Athletic Bilbao’s Ander Herrera and are seemingly now looking to bring in another central midfielder with TuttoMercato claiming that the Old Trafford side are to table a bid for German international Sami Khedira.

Louis van Gaal is no doubt aware that the club’s current crop of midfield ‘talent’ isn’t all that impressive and as such the Dutch coach is wise to look to address this ‘problem’ area.

Khedira is a hugely experienced campaigner and a player Carlo Ancelotti may consider selling in order to boost his own summer transfer pot. The 27 year old missed most of the last campaign through injury though has recovered well to put in some solid displays at the World Cup finals.

Given that the former Stuttgart man has to vie with the likes of Xabi Alonso, Luka Modric and Asier Illarramendi for a first team spot at the Bernabeu Ancelotti may feel he is a bankable asset and Man United are apparently ready to offer £30m for the box to box performer.

The addition of Herrera, and perhaps Khedira, will no doubt leave the likes of Darren Fletcher, Tom Cleverley and Micheal Carrick concerned for their respective Man United futures.