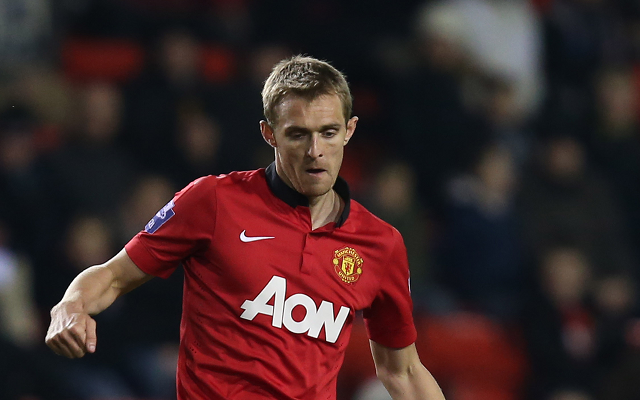 Manchester United’s midfield trio of Michael Carrick, Darren Fletcher and Tom Cleverley are nervously waiting to find out about their futures at Old Trafford as Dutch boss Louis Van Gaal is on the brink of re-shaping his squad before the start of next season, reports the Manchester Evening News.

The 62-year old boss recently granted a new contract to Antonio Valencia, which has given hope to the likes of Carrick, Fletcher and Cleverley about their future roles at the English giants, but the prospect of a couple of world class players coming into the club could affect their chances of remaining at the club.

United’s midfielders have been criticised for their lacklustre showing last summer, which saw the club fall from being Champions to 7th place in the matter of one season under the new management of David Moyes.

Van Gaal, who has been roped in to repair the damage of last season, has already identified top midfield targets in Kevin Strootman, Wesley Sneijder, Arturo Vidal, Bastian Schweinsteiger and Jordy Clasie, and has been tipped to bring in at least a couple of new stars to the club this summer.