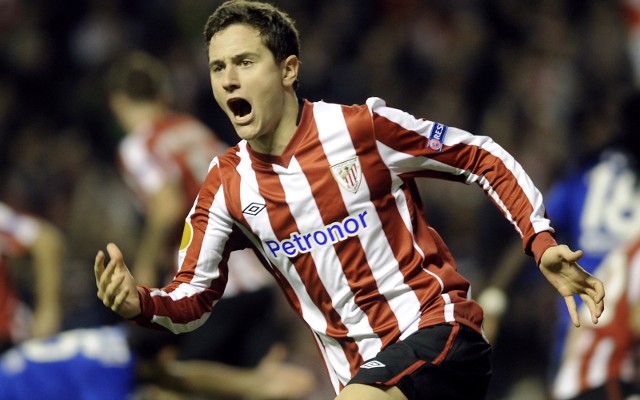 Manchester United are on the verge of completing a move for Athletic Bilbao midfielder Ander Herrera, according to multiple reports in both the English, and Spanish media.

Former United boss David Moyes attempted to sign the Spaniard last summer, before the 24-year-old elected to remain with Bilbao. But United have revived their interest this summer, and Louis van Gaal looks set to clinch his first Old Trafford signing with a £31m bid.

The Metro have reported that United could announce the signing as early as Tuesday evening, with the club reportedly keen to push through the deal quickly, due to a clause in the players contract that will see his buyout price increase on the 30th June.

Herrera, who is yet to be capped by Spain, joined Bilbao from Real Zaragoza in 2011, and has since scored 7 goals in 94 league appearances. He helped his team to both the Europa League and the Copa del Ray finals the following year, but was on the losing side on both occasions.

The situation surrounding Herrera attracted much attention and speculation last summer, with United highly criticised for their approach to negotiations. Reports emerged of fake lawyers being used to speak to the player, and the move eventually collapsed. Twelve months on however, and United finally look set to get their man.