The Athletic Club ace looks set for a switch to Old Trafford.

If wide reports from the British press are to be believed, then Manchester United are on the verge of completing the transfer of Athletic Bilbao midfielder Ander Herrera.

The Times reports that the Red Devils will pay £28.8m for the services of the Spaniard and with so much financial outlay we thought it was only right that CaughtOffside provided United fans with 10 facts about their new signing.

They need to complete the deal quickly

Athletic Club have always been shrewd when it comes to transfer dealings and despite the fact Herrera is about to enter the final year of his current contract at the San Mames Stadium, United need to complete this deal within the next week.

If they fail to do so the release clause of the 24-year-old – which currently stands at £28.8m – will rocket £33.7m and the side are keen to avoid paying more than necessary, something which they fell foul to last summer when signing Marouane Fellaini from Everton. 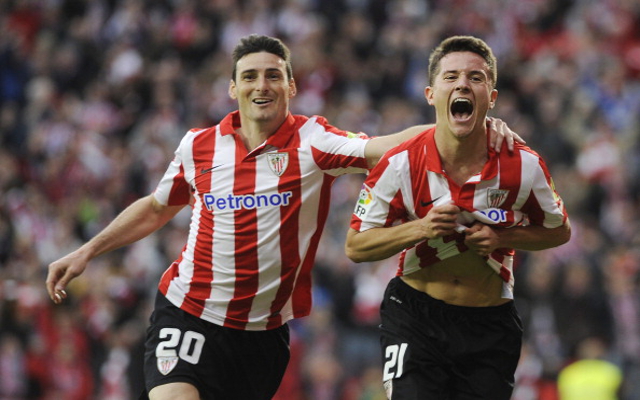 He will become their fourth most expensive player

Although the owners are keen to show their trust in new manager Louis van Gaal by pledging significant transfer funds to the Dutchman, it cannot be overlooked how much the deal is actually worth.

If Herrera is signed he will become the fourth most expensive player in the club’s history, behind the £29.1m paid for Rio Ferdinand, the £30.75m for Dimitar Berbatov and the record £37.1m sanctioned for Juan Mata last January.