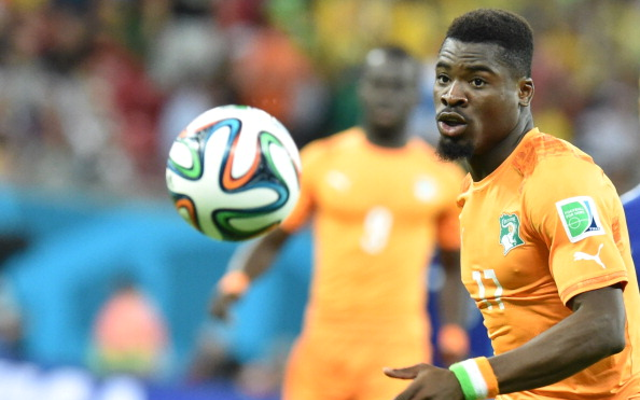 FIFA are using many hi-tech (usually pointless) tools to measure nearly every aspect of the game at this summer’s World Cup, and while most of them are pretty tedious, there’s one we especially like.

The record for the highest speed a player has reached during a sprint has now been broken three times, with Dutch flyer Arjen Robben first to do so during a run for the goal he scored against Spain in the opening match of Group B.

The Bayern Munich man reached a lightning fast 31km/h, but this was later beaten by Croat fullback Dario Srjna. The veteran defender, who’s won over 100 caps for his country, and is aged 32, reached an astonishing 32.98km/h against Cameroon!

However, this has now been overtaken and beaten by Ivory Coast’s rapid fullback Serge Aurier. The 22-year-old reached an astonishing 33.52km/h against Colombia, which while impressive, probably wouldn’t have improved his mood after his side lost 2-1.

Aurier is expected to leave his French club side Toulouse this summer and join Arsenal, as a replacement for the departing Bacary Sagna, who has agreed to join Manchester City on the expiration of his contract.