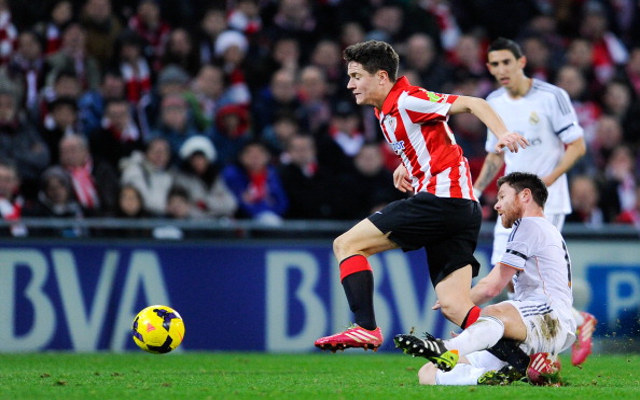 Spanish midfielder Ander Herrera has passed a Man United medical and has moved a step nearer to securing his move to Old Trafford according to the Metro.

The 24 year old has been linked with a move to the Premier League side for the best part of two years and will complete a £28.7m move imminently.

Man United will look to push through the deal as soon as possible, knowing that on July 1st the Athletic Bilbao star’s release clause will rise to £33m.

Incoming Man United boss Louis van Gaal is keen to strengthen his rather weak central midfield options and will hand Herrera a four year deal worth £2.3m a season.

Van Gaal will no doubt be handed a sizable transfer war-chest as Man United’s owners look to erase the memory of a shockingly disastrous 2013/14 campaign and Herrera may prove to be the first of many summer captures.