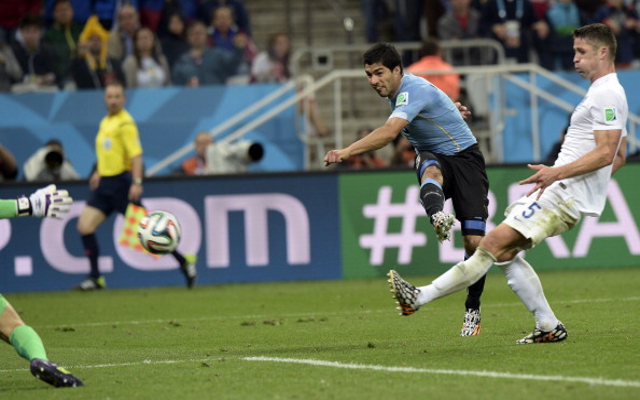 With Liverpool seemingly more likely to sell Luis Suarez following his latest indiscretion the Daily Mirror claim that Chelsea may be ready to make a move for the 27 year old.

Though Jose Mourinho is pushing on with advances for Atletico Madrid star Diego Costa this source claims that Blues owner Roman Abramovich would be happy to fork out the funds needed to bring in the Uruguayan who could then be used in tandem with the Brazilian born Spanish international.

One imagines Mourinho would have no qualms about bringing in the troubled forward and given the form the Liverpool man is in one can see why the Chelsea manager would be willing to take such a calculated risk that such a big money signing may generate.

Chelsea spent a club record £50m bringing in Fernando Torres from Liverpool and may feel that mounting another big money bid could only prove a bigger success than that switch.

Suarez is a proven Premier League marksman who’s valuation may well have decreased following his biting of Giorgio Chiellini.

Liverpool may feel the need to cash-in on their prized asset as a matter of urgency and could be willing to once again sell to the west London outfit.

Clearly if any FIFA ban covers club activity then such a sale becomes trickier.