175-1 was offered on Suarez biting a player against Italy.

A poker player from Norway won big thanks to Luis Suarez biting Giorgio Chiellini during Uruguay’s 1-0 win over Italy on Tuesday.

Thomas Syversen, 23, bet just over £3 that the Liverpool striker would bite anyone in the FIFA World Cup match with odds of 175-1.

His dream came true late in the second half when Suarez failed to resist the urge to chomp on Chiellini’s tasty shoulder.

Bookmakers Betsson were offering odds on the unusual market because Suarez has a history of sinking his teeth into opponents.

Suarez was banned for seven club matches for biting Dutch midfielder Otman Bakkal while playing for Ajax in 2010.

He repeated the offence and was banned for 10 games in April 2013, when Chelsea defender Branislav Ivanovic was the victim.

Syversen won over £500 and he told Aftenposten that he plans to keep it in his online account and use it to play poker.

He did not watch the match live because he was asleep.

Congrats to my countryman for having a bet on Luis #Suarez biting someone at 175-1, he put 32 crowns on it. pic.twitter.com/FPCE0h4d8e 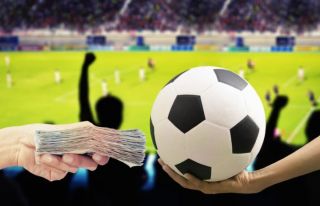