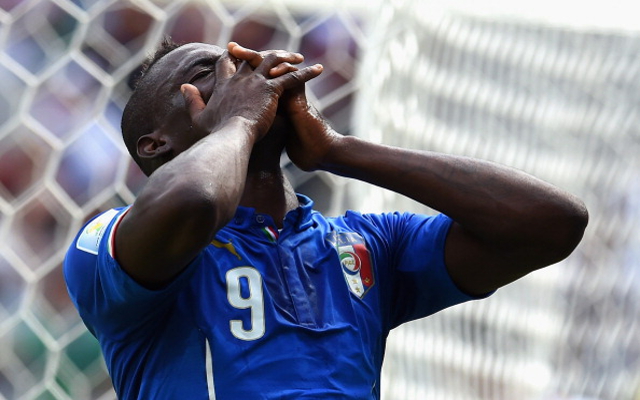 All the latest headlines from the newspapers in Italy as there is reaction to Italy’s elimination from the World Cup as Cesare Prandelli resigns while Mario Balotelli is under attack.

– Another referee harms us.

– Claudio Marchisio is sent off and Luis Suarez bites Giorgio Chiellini. Uruguayan striker was not penalised on the pitch, Chiellini insists that he is a “sneak” and that FIFA need to show courage in banning him rather than having their top players feature in the tournament.

– Prandelli and Abete resign: “It is my fault”. Prandelli accepts blame as he concedes that his “technical project” has failed as he had hoped to in a way disguise the problems of Italian football by playing a certain way and as a collective.

– Reports that Balotelli boarded the team bus on his own while the rest of the squad waiting in the changing room for Prandelli after his post-game interview.

– Gianluigi Buffon and Daniele De Rossi against Mario Balotelli: “We need men”. Milan striker substituted at half-time due to risk of being sent off, but ultimately he didn’t perform in the last two games.

– Diego Godin and the referee send Uruguay into the knockout round.

– Marchisio gets send off.