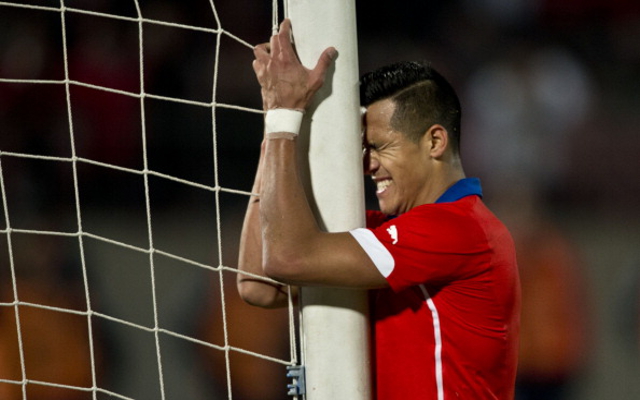 According to the Metro, Thompson reckons a deal for Barcelona ace Alexis Sanchez is already completed – and the Chilean superstar will join the Reds when he’s finished his World Cup campaign with his country this summer.

“Just yesterday I heard things from people, newspaper guys who are very close to the ground at Liverpool, saying that the Sanchez deal was actually done,” Thompson said today, which will now get Liverpool fans extremely excited.

Sanchez is one of the world’s most devastating attackers, but due to the presence of Neymar, Lionel Messi and Pedro – to name but a few – he isn’t given the pivotal role at Barcelona which is mesmeric talent warrants.

Despite this, Sanchez managed 20 goals in La Liga and the Champions League combined, and registered an equally impressive 12 assists as well last term.

If he were to join Liverpool, a fee of around £27m is expected, which would still be less than the club record £35m they once spent on English flop Andy Carroll.

Sanchez’s dribbling and quick feet mean he could form a superb attacking triumvirate with Raheem Sterling and Daniel Sturridge, even if Luis Suarez does in fact leave the club this summer.