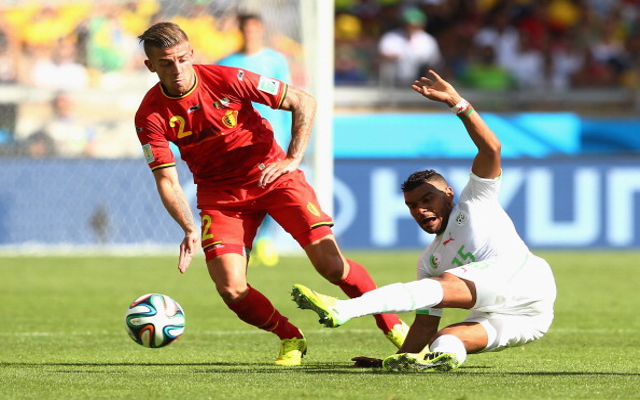 Liverpool have opened talks with Atletico Madrid as Brendan Rodgers looks to bring in Belgian defender Toby Alderweireld according to the Metro.

The 25 year old struggled to retain a foot-hold in Diego Simeone’s hugely successful first team set-up, making just 12 La Liga appearances last season, and could be tempted by a move to Anfield.

The adaptable defender, who can play across the back and in a defensive midfield role, is now a £7m target as Brendan Rodgers seeks to add strength in depth to his Liverpool squad as they return to Champions League action.

Prior to his move to the Spanish capital Alderweireld spent five seasons in the Ajax first team set-up, helping the Amsterdam club to three Eredivisie titles, and has started both Belgium’s World Cup matches to date.

Rodgers would do well to address his side’s defensive failings, Liverpool conceding far more goals than he would have liked in 2013/14, and Alderweireld can either be seen as a potential replacement for current first choice left-back Jose Enrique or as a possible central defensive partner for Martin Skrtel, with the likes of Daniel Agger, Mamadou Sakho and Kolo Toure all struggling for form last term.