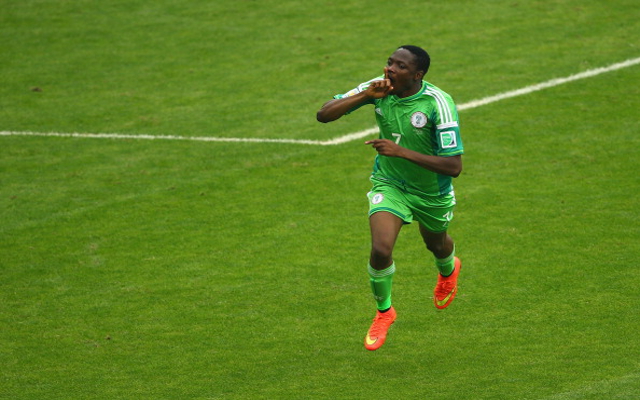 Anfield side linked with an interest in Nigerian youngster.

Watching Liverpool scouts may look to register their interest in Ahmed Musa following his excellent display for Nigeria against Argentina according to the Metro.

The CSKA Moscow man netted two quality goals during Nigeria’s 3-2 defeat at the hands of Lionel Messi and co. and could now find himself the subject of intense interest, with Man City also believed to be hold an interest in the former VVV Venlo man.

Brendan Rodgers is looking to bring in further attacking options having already signed Southampton veteran Rickie Lambert and the 21 year old is said to be available for a fee of around £10m.

Indeed Liverpool’s interest could further intensify if they opt to cash-in on disgraced Uruguayan Luis Suarez though clearly Rodgers wouldn’t for one second see Musa as a replacement for the Premier League star but could rather see the youngster as a possible replacement for either Fabio Borini or Iago Aspas, who may both be set for Anfield exits.

Musa has completed five seasons of European action, three in Russia and two in Holland, and already has 37 national team caps to his name so is a player who is mature beyond his years and perhaps a sensible transfer target for Rodgers to consider.