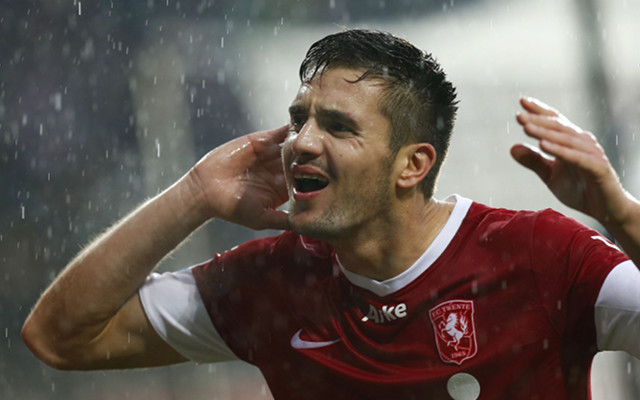 Saints to move for Serbia star, who was linked with Everton and Liverpool last season.

New Southampton manager Ronald Koeman is preparing for life without Liverpool target Adam Lallana by plotting a bid for FC Twente midfielder Dusan Tadic, according to the Daily Mail.

Lallana has been courted by Liverpool all summer and his move to Anfield could be confirmed soon following England’s premature exit from the FIFA World Cup in Brazil, where the 26-year-old featured in all three of the Three Lions’ Group D games.

The Saints could also be poised to lose Gaston Ramirez, making it even more important for Koeman to replace Lallana.

Tadic, 25, seems to rank high on Koeman’s wish-list and, with a value of £10m, he should be well within Southampton’s price range.

Like Lallana, Tadic is incredibly versatile and can play in many positions.

He scored 16 goals and provided 14 assists in 33 games for the Dutch side.

Southampton are also looking to strengthen their striking options after selling Rickie Lambert to Liverpool.

Livorno striker Paulinho, 28, is apparently an £8m target for the Saints, who finished eighth in the Premier League last season.