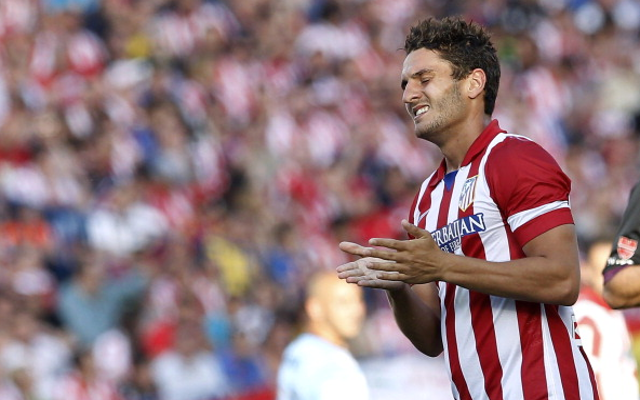 Premier League sides Arsenal and Manchester United have been handed some disappointing news in the transfer market as Atletico Madrid stars Juanfran and Koke have signed new deals at the Vicente Calderon Stadium.

Arsenal wanted to sign Spanish international right-back Juanfran as a replacement for Manchester City bound Bacary Sagna, but will probably now have to give up on the 29-year old, while United’s long term target Koke has also poured water on the Red Devils’ hopes of signing him by extending his stay with the Spanish champions, reports the Mirror.

Both Koke and Juanfran were an integral part of Atletico’s La Liga success last season, and could have most definitely added value to the Gunners and United.

Arsene Wenger is still searching for an apt replacement for Sagna, and does not have too many capable options left on the market, while Man United’s newly appointed boss Louis Van Gaal also has the tough job of landing high profile targets at Old Trafford without the lure of Champions League football.

A club statement from Atletico Madrid read, “Koke and Juanfran have extended their contracts with our club until 2019 and 2018. Both players are key pieces of Atletico’s recent success and their renewals are great news for the club.”