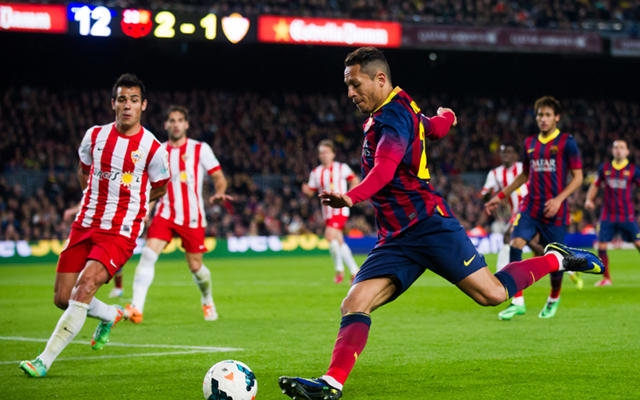 Liverpool to miss out on Barca defender.Liverpool look set to miss out on the signing of Barcelona full-back Adriano as he closes in on a move to Serie A side Roma, according to Fichajes.net.

The 29-year-old has been at the Nou Camp since the 2010/11 season, establishing himself as a valuable squad player despite never truly becoming first choice for the Catalan giants.

Still, his ability to play in a variety of defensive or midfield roles saw the Brazilian notch up 143 appearances for Barca in four seasons, with a decent tally of 14 goals from the back as well, some of which were fine long-range strikes in important games.

Liverpool’s search for new signings in defence this summer had seen them linked with a move for Adriano, but it now seems that he will instead be making the move to the Stadio Olimpico, with Roma closing in on an £8m deal to sign him ahead of next season.

After finishing second in Serie A in 2013/14, Roma have been keen to bring in some new faces to enhance their options as they take on the extra demands of Champions League football for next season, and Adriano’s experience in the competition could prove invaluable for Rudi Garcia’s side.