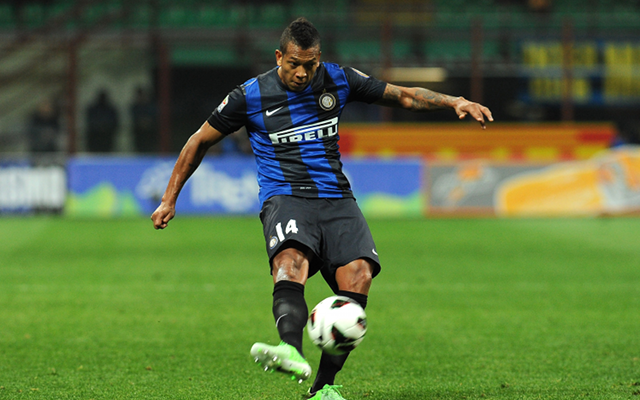 Juventus and Atletico Madrid also keen on midfield man, but United are favourites.

Manchester United are leading the race to sign Inter Milan and Colombia midfielder Fredy Guarin, according to Alfredo Pedulla.

He is currently at the FIFA World Cup in Brazil, where he played the full 90 minutes of his nation’s 4-1 win over Japan on Tuesday.

Guarin has three years left to run on his current contract at the San Siro and Inter seem keen to keep him.

However, United, Juventus and La Liga champions Atletico Madrid are all very interested in signing the South American star.

Inter are expected to demand somewhere between £12.8m and £14.4m to reluctantly sanction the sale of Guarin.

Pedulla does not believe that Juventus and Atletico are in a position to stump up such funds at this time, meaning that Old Trafford is the player’s most likely destination.

Guarin joined Inter from Porto in 2012. He has scored eight goals in 70 league appearances for the Milan giants.