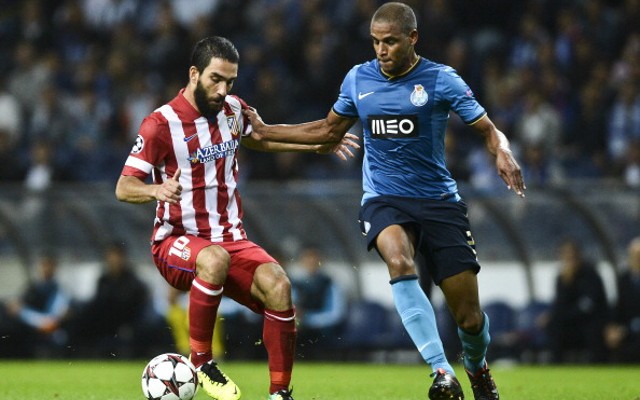 Fernando transfer saga concludes as City get their man.

Manchester City have confirmed the signing of 26-year-old midfielder Fernando from Porto.

Fernando joins City after seven years with Porto, during which time he won four Primeira Liga titles and one Europa League crown.

The Premier League champions have not revealed the length of the contract that Fernando has signed, nor the transfer fee that they paid for his services.

However, they have announced that he will wear the number six shirt, which was recently vacated by defender Joleon Lescott, who joined West Bromwich Albion on a free transfer.

“I am so happy to finally be joining Manchester City,” Fernando told the club’s official website.

“I know there was talk of me possibly signing last January so I am delighted that the deal has now been done and that I am a City player.

“I’m looking forward to meeting my new team-mates and helping City to defend the title. It is a very exciting time to be part of this football club and I cannot wait to play in the Premier League.

“City fans can be assured I will give my all every time I play and I’m looking forward to many happy years in Manchester.

“I have enjoyed my stay with Porto and I thank the club and the fans for their support during my time in Portugal. Now I am ready for a new chapter in my career.”

Fernando is currently on holiday in his native Brazil.

He has never represented his country at senior level. He played three times for Brazil at the South American Youth Championship in 2007, where he assaulted a referee – an incident that effectively ended his international career.

Fernando is likely to link up with countryman Fernandinho in City’s midfield next season.

A number of Brazilian players have been given a chance to shine at City in the past few years.

Mega-money signing Robinho scored 14 goals in 41 Premier League games for the Sky Blues between 2008 and 2010.

Striker Jo and right-back Maicon were rather less successful, starting just 13 league games between them.