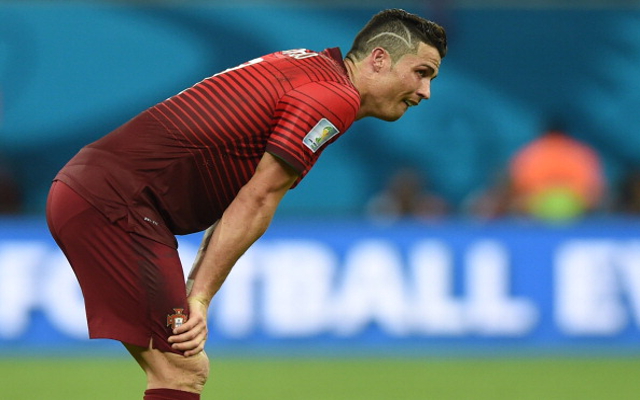 Barca still ready to push ahead with move for Suarez this summer.

All the latest headlines from the newspapers in Spain as Portugal continue to take risks with Cristiano Ronaldo over his knee as Real Madrid become unhappy.

– Real Madrid on tenterhooks over CR7. He is risking his knee.

– The Portugal team doctor irritates Los Blancos and the player with his persistence to not give importance to his injury.

– With Zizou at Castilla…Carlo Ancelotti wants Fabio Cannavaro as assistant.

– Renewed. Juanfran and Koke, a lesson in loyalty.

– Barca strike a deal with Luis Suarez. An agreement with Liverpool is lacking, who are interested in Pedro, Tello and Alexis.

– The affiliated club could stay in Segunda due to cases of non-payments.

– Del Bosque to stay until 2016. Those who won’t return are Xabi Alonso, Xavi and Villa.

– Messi is from Jupiter.

– A Shaqiri hat-trick puts Switzerland through.

– Messi and Neymar a duel for goals. The two Barca stars lead the way as top goalscorers in the World Cup with four goals each.

– Official: Bravo signs until 2018. The goalkeeper will cost €12m: ‘It’s a great step in my career that fills me with pride’.

– Messi scores a brace and puts Argentina through.

– Suarez  could be banned for four matches today.

– Barca have no doubts about signing him and believe they can control him.

– Suarez and Chiellini – unfinished business since 2013.