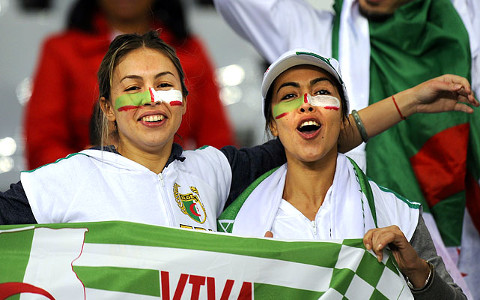 Watch as North African side Algeria qualify for the World Cup knock-out stages for the first time in their history.

It has been a historic night for African football in Curitiba, as Algeria qualified for the second round of the competition for the first time in their history.

A second half equaliser from Sporting Lisbon striker Islam Slimani was enough for the Desert Foxes, who grew into the game after falling behind to an early header from Alexander Kokorin.

Algeria will now face Germany in the second round, looking for revenge for the Disgrace of Gijon in 1982, when Germany played out a 1-0 win over Austria to see both sides through at the expense of the Algerians.

Russia exited at the group stage for the third World Cup in a row, something that will disappoint them ahead of their hosting of the next tournament in 2018.