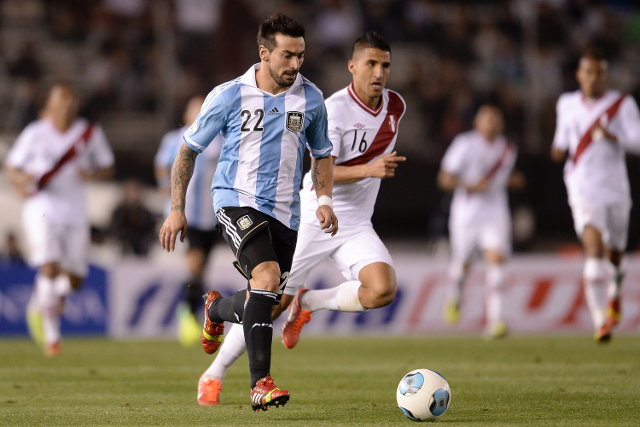 The Argentine played in his country’s 3-2 World Cup win over Nigeria and has been linked several times with Chelsea in the last few months, though it appears he does not respond that well to criticism.

It is hard to tell if water bottle attack was intentional or accidental, but funnily enough his manager doesn’t appear to take much notice as he continues to shout out instructions at the 29-year-old.