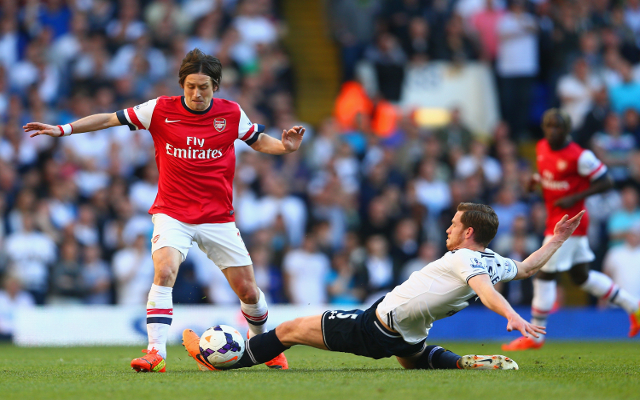 Watch the Spurs man hit a fan of their bitter local rivals with a wayward free-kick at the World Cup.

At first this strike from Jan Vertonghen in the Belgium vs. South Korea game at the World Cup looks like just another wayward free-kick – but look closely at who it strikes.

Could Vertonghen have been aiming to hit the one man in the stadium wearing the shirt of his club’s sworn enemies? We suspect not, but it is still a pretty impressive coincidence.