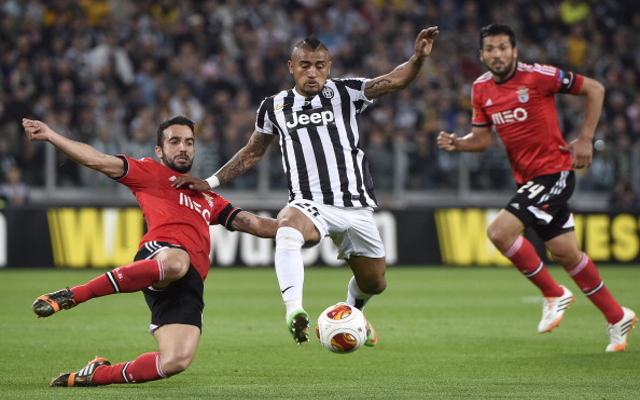 Gunners could break club record for United target.Arsenal could be set to make a sensational swoop for Juventus midfielder Arturo Vidal from under the noses of Manchester United in a club-record £44m deal, according to the Metro.

The Chilean international, currently on World Cup duty with his country in Brazil, has long been linked as a top target for United after his highly impressive displays in Serie A, but Arsene Wenger now seems ready to sell Mikel Arteta and bring in Vidal as a big-name replacement.

Arteta is wanted by La Liga side Athletic Bilbao and may now be surplus to requirements at the Emirates Stadium as Wenger seeks to strengthen the squad that ended their silverware drought with an FA Cup win in 2013/14 with this superb midfield signing.

Vidal’s technique and intelligence from the middle of the park has seen him become one of the best midfield players in Europe in recent times, and he will provide some much-needed know-how when it comes to going the distance in a title race, having won three league titles in a row with Juventus.

Arsenal are reportedly ready to pay as much as £44m for the 27-year-old, which would break the club record that they set last summer in bringing in Mesut Ozil from Real Madrid.