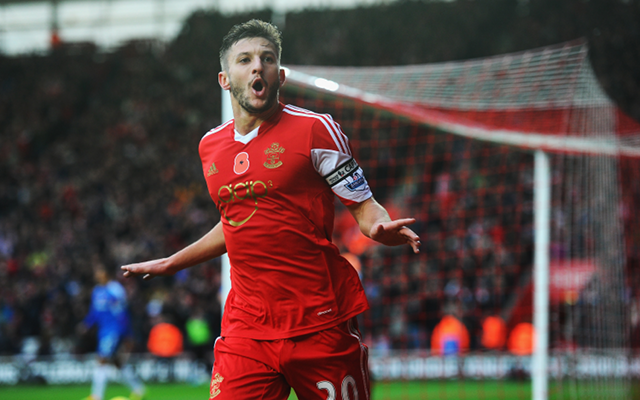 Lallana could join Shaw in leaving Saints today.Liverpool are closing in on the £25m signing of Southampton midfielder Adam Lallana, with respected journalist John Percy revealing via his Twitter account that talks are at an ‘advanced stage’.

The 26-year-old has just returned from World Cup duty with England, enduring a disappointing competition with the Three Lions, but earning his place in the squad on the back of a superb season in the Premier League in 2013/14.

Lallana notched up nine goals and six assists as he played all 38 games of the campaign for Mauricio Pochettino’s side, and his fine form had also attracted interest from the likes of Manchester United and Tottenham Hotspur.

However, Liverpool’s desire to bring in a new signing in the attacking midfield department has seemingly seen them win the race for the player’s signature, and he could be unveiled later today.

This would be another major blow for Southampton after young left-back Luke Shaw’s £33m move to Manchester United was also confirmed, while it is another of their star players to be snapped up by Liverpool as well, with veteran striker Rickie Lambert making the move to Anfield at the end of May.

Although the Saints had wanted around £30m for Lallana, it seems as though a fee of around £25m has been agreed between the two clubs.