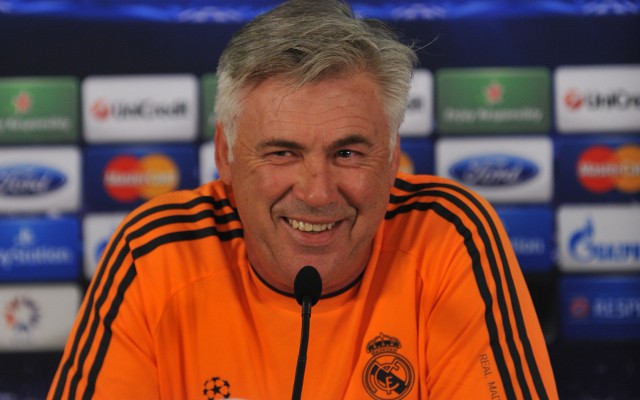 Real Madrid manager wanted by Italy.Former Chelsea boss Carlo Ancelotti is reportedly one strong candidate being taken into consideration for the next manager of the Italian national team, according to Fichajes.com.

The 55-year-old, currently in charge of Champions League winners Real Madrid, is up there with former Manchester City head coach Roberto Mancini as one of the biggest names being tipped to replace Cesare Prandelli, who resigned from the post after a poor showing at this summer’s World Cup.

The Azzurri exited the tournament at the group stage after two surprise defeats to Costa Rica and Uruguay, making it two World Cups in a row now that they have failed to make it to the knockout stages.

Although Prandelli is largely viewed as having done a good job with Italy, it seems as though there will soon be a new man at the helm, and Ancelotti would no doubt be a popular choice after his fine work at so many big clubs.

The Italian tactician has won the Champions League twice with AC Milan in addition to his success with Real this season, and has also claimed league titles in the Premier League with Chelsea and in Ligue 1 with Paris Saint-Germain.