England left-back Luke Shaw seems pretty convinced that his big-money move from Southampton to Manchester United will go through.

The 18-year-old, who recently returned to Britain from the FIFA World Cup in Brazil, had a medical with the Red Devils today.

Neither club have yet confirmed that Shaw has signed for United, but the player himself took the brave step of updating his Twitter biography to describe himself as a “Professional footballer at Manchester united Football Club”.

He has since removed the bio text, leaving it blank, but below is a screenshot of what it looked like moments ago. 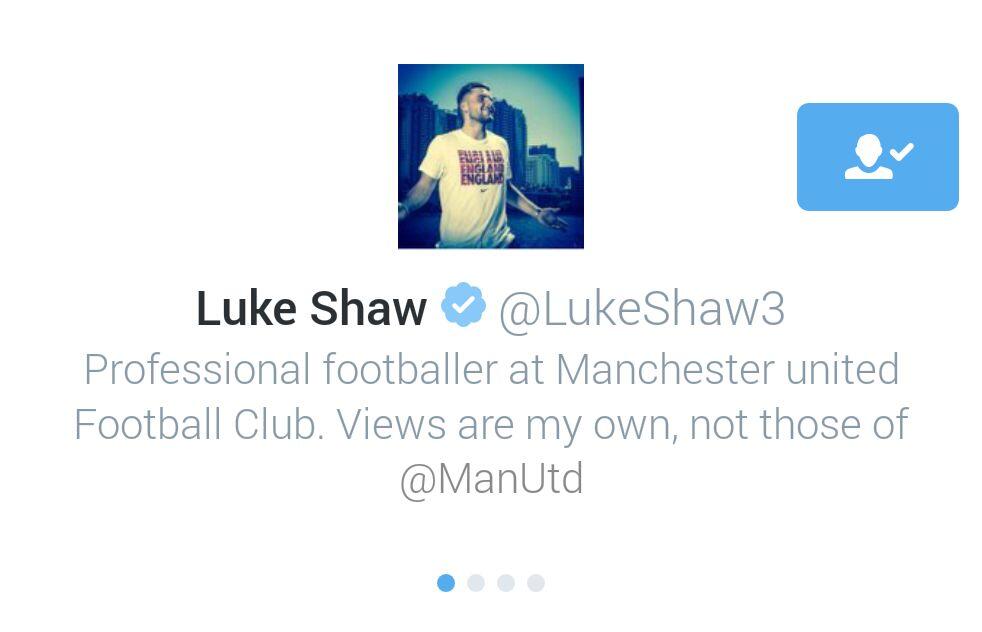