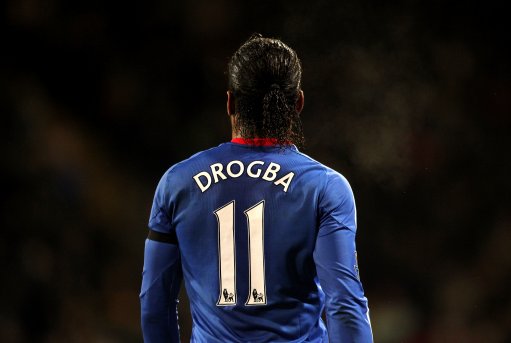 Chelsea manager Jose Mourinho is hoping to lure former striker and all-round club legend Didier Drogba back to Stamford Bridge, according to reports from the French press today.

Drogba is a genuine icon at Chelsea, having scored more than 100 goals for the club and also having stroked home the winning penalty against Bayern Munich in the 2012 Champions League final, his final touch in the club’s famous blue shirt.

With Mourinho expected to possibly allow Demba Ba and Fernando Torres to leave the club this summer, on top of the released Samuel Eto’o, he will need back-up for imminent big-money signing Diego Costa when it comes to his centre forward position.

Drogba has just left Galatasaray on a free transfer after a successful season with the Turkish giants, a campaign in which he played against Chelsea for the first time in the Champions League for Roberto Mancini’s side.

Juventus are also reported to be interested in the signing of Drogba, and the player himself my favour a move to Turin due to the additional playing opportunities that are likely to be afforded to him by Antonio Conte at the Serie A champions.

That said, an emotional return to Chelsea is sure to interest Drogba, a player who undoubtedly spent the finest years of his career banging in the goals at Stamford Bridge.