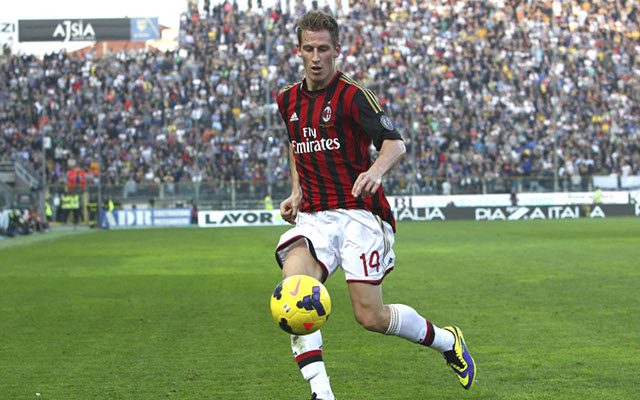 Tottenham Hotspur are said to be weighing up a move for AC Milan winger Valter Birsa after the Italians offered him up in a cut price £4m deal, according to the Metro.

Birsa joined Milan last year from fellow Serie A side Torino, but after making just a handful appearances for the club he has been told by new coach Filippo Inzaghi that he does not feature in his plans for next season and has been told he can look for a move elsewhere over the summer.

His agent has offered him around several European clubs, including Spurs, and the White Hart Lane club are considering taking him.

Milan are thought to only want £4m for his services, and Spurs are keen on the 27-year-old as he would be able to add a significant dribbling and crossing threat to a side in desperate need of some extra creativity following a disappointing campaign.

Birsa predominantly operates on the left side of midfield, but can also feature as a number 10 if required, which would give Mauricio Pochettino an extra dimension should he need it.