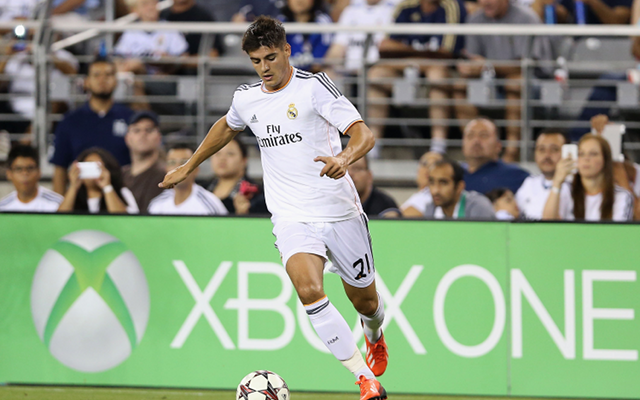 Arsenal and Tottenham Hotspur are expected to make late attempts to beat Juventus to the signing of Real Madrid striker Alvaro Morata, according to the Daily Express.

The 21-year-old forward is a highly rated prospect at the Bernabeu, but has been keen to make the move elsewhere this summer after struggling to break past the numerous big names in the club’s squad and earn a place in the starting lineup on a regular basis.

A number of top clubs have shown an interest in his services, though Juventus currently look the favourites to snap him up after agreeing a £16m fee with Real Madrid, including accepting a deal to include a £20m buy-back clause for the Spanish giants as part of his contract.

Arsenal have previously been told to include such a clause, and now appear ready to do so as they and their north London rivals Tottenham will make a last-ditch attempt to win the race for his signature.

Both sides are keen to make some high-profile signings upfront this summer, with the Gunners looking for alternatives to Olivier Giroud in attack, while Spurs eye improvements on last summer’s disappointing signings in Roberto Soldado and Erik Lamela.