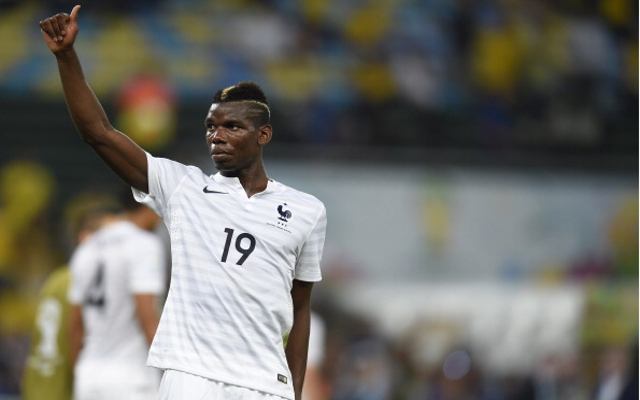 Stamford Bridge side set for expensive summer of spending.

Chelsea are reportedly looking to bring in a pair of talented new additions that could set the west London side back a cool £67m according to the Daily Star.

Jose Mourinho is seemingly very keen to strengthen his attacking options and with Atletico Madrid’s Diego Costa said to be en route to Stamford Bridge the Blues boss is also set to complete a move for Borussia Dortmund striker Pierre-Emerick Aubameyang.

The 25 year old Gabon international only moved to the Westfalenstadion a year ago and was seemingly seen as a long term replacement for Robert Lewandowski, who opted to run down his contract before moving to domestic rivals Bayern Munich.

Aubameyang netted a healthy total of 16 goals last term but has apparently already agreed a move to Chelsea which will cost the Premier League club a cut-price fee of just £7m.

Chelsea will then launch a club record bid of £60m for Juventus midfielder Paul Pogba, a fee that would smash their own British record fee of £50m paid for Fernando Torres back in 2011.

The 21 year old left Man United for Juventus two years ago and has proven an astonishing success in Italy, playing a pivotal role in Antonio Conte’s side as they continued their run of Serie A title successes.

Pogba is currently in Brazil as part of Didier Deschamps’ French national team set-up and an offer of such magnitude could prove tough for his Turin based side to ignore.

Chelsea have already signed Cesc Fabregas from Barcelona and with the aforementioned Costa also set to join the club it’s likely to prove an expensive summer for owner Roman Abramovich though he will look to cover some of the outlay through player sales having already sold David Luiz to PSG.