Can any of these five star forwards do a job at the Emirates…?

Gunners boss Arsene Wenger has confirmed that his side will not be signing Mario Balotelli this transfer window, but with only Olivier Giroud available as a top level forward – it seems certain that the veteran French boss will go in for a striker before the start of the 2014/15 season.

Here’s five men he could target instead…

Mandzukic has won consecutive Bundesliga titles with Bayern Munich, but because Pep Guardiola’s mean have captured Robert Lewandowski, the Croatian powerhouse is no longer needed at the Allianz Arena. He wants to leave the German club, and having scored 33 league goals in two seasons, has more than enough top level pedigree to do a job for the Gunners. Arsenal are heavily interested. 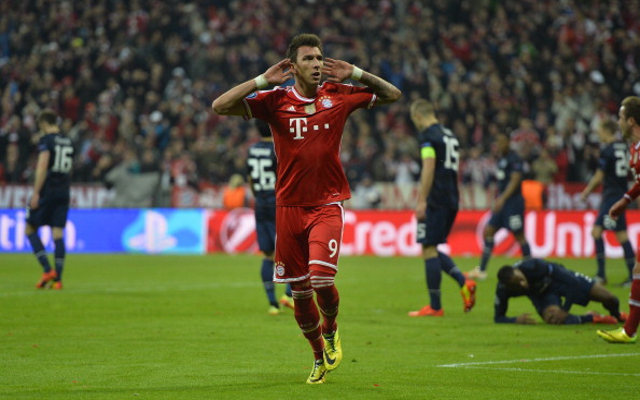