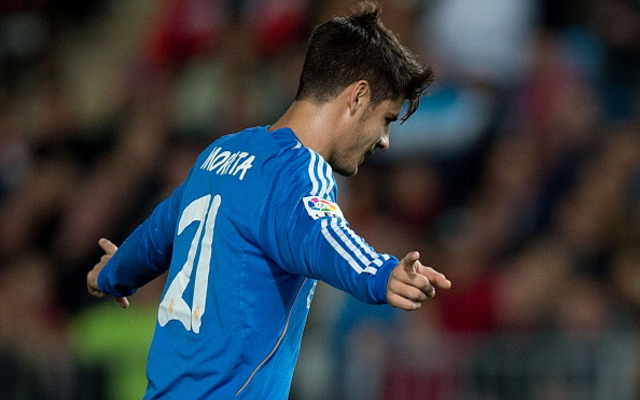 Real Madrid striker Alvaro Morata is reportedly the subject of a three-way transfer war between Juventus, Tottenham Hotspur and Arsenal.

So much attention could stress some players out, but not 21-year-old Morata.

The Spaniard, who has scored 13 goals in 12 games Under-21 internationals for his country, has been enjoying some time out on a boat this week.

He was joined by a three of his friends and four stunning women in bikinis.

Check out some hot holiday snaps below.

It is our understanding that the young lady in the red bikini is Morata’s girlfriend… not that it really matters!

Pic: Morata enjoying the vacation with his girlfriend. [via @mariapombo22] pic.twitter.com/qPthKeJGrb

What about Morata? Don’t worry! pic.twitter.com/2zJMIw63nv