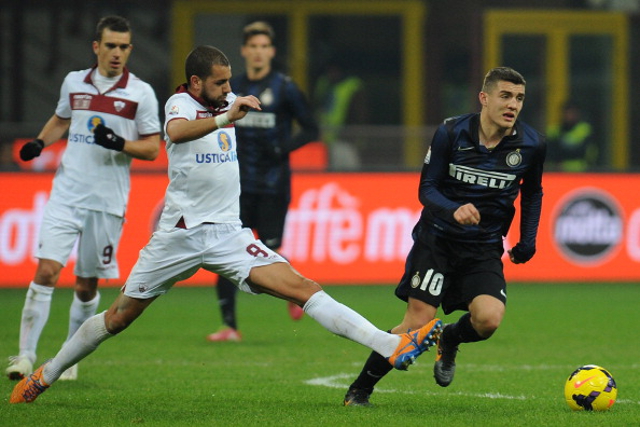 Inter Milan are desperate to keep hold of promising young midfielder Mateo Kovacic this summer, despite strong interest from Liverpool and Manchester United, according to talkSPORT.

The 20-year-old Croatian, who impressed in his side’s brief stint at this summer’s World Cup, is rated as one of the best up-and-coming young talents in Europe at the moment, and has also attracted interest from Spanish giants Real Madrid.

However, Inter are keen to keep hold of Kovacic as he becomes an increasingly influential member of their first-team, and the club’s sporting director Piero Ausilio has insisted that the club will not be open to selling him this summer.

In fact, Ausilio has revealed that Inter have already turned down offers from big clubs interested in signing Kovacic, with no hint of what kind of fee could tempt the club into letting the player leave the San Siro anytime soon.

When asked if Kovacic would be staying at Inter, Ausilio said: “Absolutely. In fact we have turned down various offers from big clubs.”

Kovacic has made over 50 first-team appearances for the Italian giants, and also has 12 caps for Croatia already.

United have also been linked with another of Inter’s star players Fredy Guarin, with new manager Louis van Gaal considering a number of options as he seeks new signings in midfield.