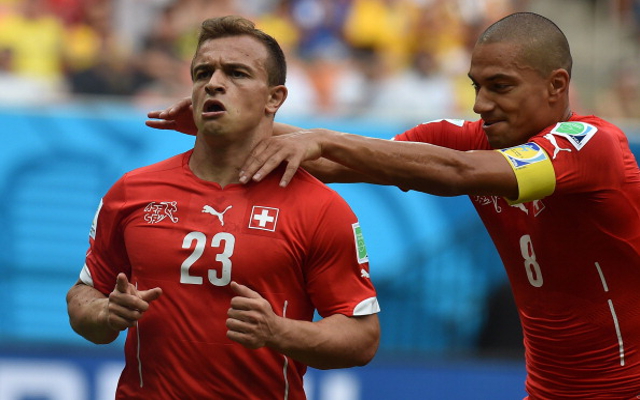 Liverpool are edging close to making Bayern Munich winger Xherdan Shaqiri their fourth signing of a very busy summer according to the Daily Star.

Having already completed deals to sign Southampton forward Rickie Lambert and German youngster Emre Can, and with England international Adam Lallana on the verge of moving to Anfield, the talented Swiss wide-man will add further strength in depth to Brendan Rodgers’ ever expanding squad.

The 22 year old found his first team chances at the Allianz Arena reduced under Pep Guardiola, Shaqiri starting just ten Bundesliga fixtures in 2013/14, and appears keen to move to Merseyside where his chances of regular first team action may well improve, not least as Rodgers is known for his willingness to trust to youth.

Shaqiri has impressed greatly during Switzerland’s group stage matches at the 2014 World Cup finals, with the youngster scoring an impressive hat-trick against Honduras.

Rodgers may look to play Shaqiri as part of a three pronged attack alongside Luis Suarez and Daniel Sturridge, though clearly the future of the disgraced Uruguayan is somewhat up in the air.