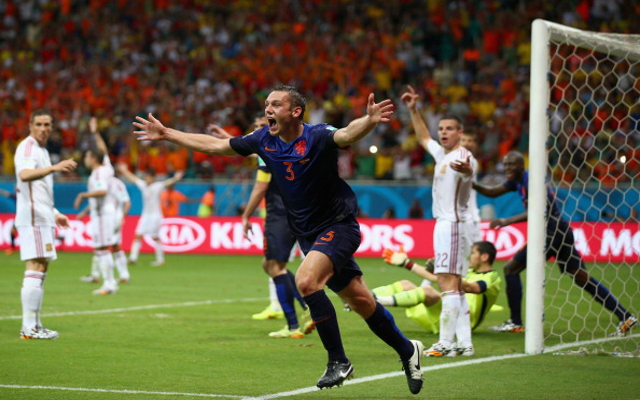 Old Trafford side set to secure third signing of the summer.

Louis van Gaal will be looking to fill the void left by the exits of Nemanja Vidic and Rio Ferdinand and having brought in Luke Shaw and Ander Herrera from Southampton and Athletic Bilbao respectively.

The 22 year old had looked set to join Lazio but the move fell through and the centre-back has subsequently impressed at the World Cup finals, putting in solid defensive displays as well as finding the back of the net against Spain.

Van Gaal knows de Vrij very well who is apparently available for a relatively small fee as he has just a year to run on his current contract.

De Vrij has completed five seasons in the De Kuip first team set-up and has over 150 appearances to his name and helped the Rotterdam side to a second place finish and one would have thought that having secured a Champions League berth that Feyenoord would be better placed to keep hold of their top talents.