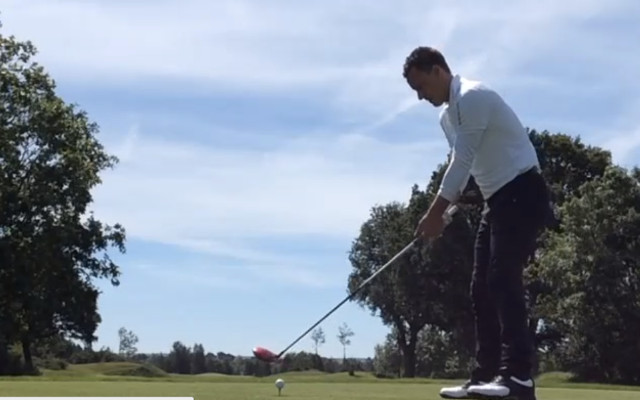 Chelsea captain John Terry played a spot of golf with his children at the Wisley on Saturday.

Terry uploaded three videos of day, one of him in action and the other two showing son Georgie and daughter Summer having a go.

JT played left-handed and struck a sweet drive, while Georgie got some decent distance too despite shanking his effort slightly.

Summer was the star of the show though, middling the ball and sending it a long way without excessive force.

Check out the shots for yourselves below.