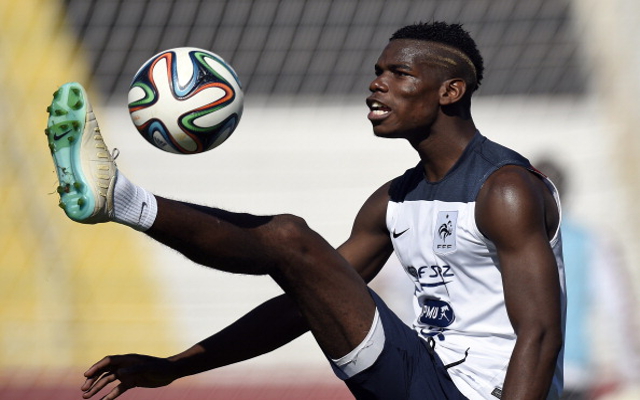 Chelsea are to table a British record £60m bid for Juventus midfielder Paul Pogba according to the Metro.

The 21 year old left Man United two years ago and has since gone on to mature into one of the hottest prospects in world football and is a player Jose Mourinho hopes to lure back to the Premier League.

Pogba has been pivotal in his two seasons in Turin, playing a key role in back to back Serie A title triumphs and is now in Brazil as a prominent member of Didier Deschamps’ French World Cup squad.

Chelsea are ready to offer Pogba the chance to be the highest earner in the west London club’s history and the offer of £60m would smash their own record purchase of Fernando Torres, £50m being a fee that has clearly not been justified by the Spaniard.

Pogba would offer Mourinho a fresh midfield option and the rangy starlet could line-up alongside summer signing Cesc Fabregas.

Paul Pogba has netted 14 goals in 89 appearances for Juventus having failed to make a single Premier League start during his stint at Man United.