Premier League pair could replace Colombian star.Ligue 1 giants AS Monaco are already preparing for the very real prospect that they could lose their star player James Rodriguez this summer, with the 22-year-old winger emerging as one of the stars of the 2014 World Cup.

The Colombian international is currently the leading scorer in the tournament, contributing five goals and two assists to his country’s run to the quarter-finals so far, and this has unsurprisingly seen him linked with a move to the Premier League with both Manchester United and Tottenham Hotspur.

CaughtOffside now understands that Monaco are not confident of keeping hold of the player, who has previously stated a desire to play in a bigger league, and have put together a five-man shortlist of potential targets that could come in and replace him.

Some big names make the list, including players from Liverpool and Tottenham, as Monaco should have plenty of money to spend from Rodriguez’s sale, in addition to the funds they already have from the backing of owner Dmitry Rybolovlev, who brought in a number of big names, Rodriguez included, in last summer’s transfer window. 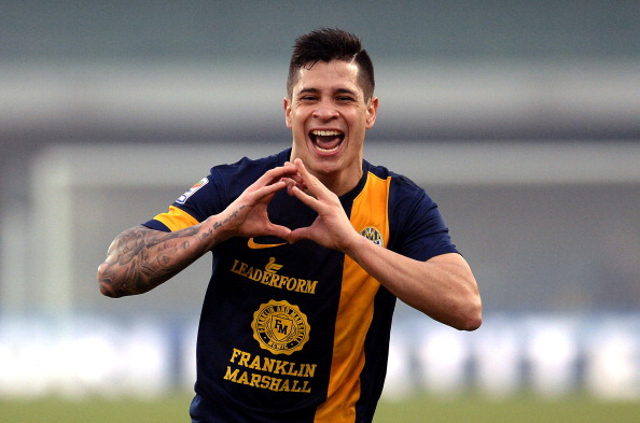 Another top class South American talent, Hellas Verona attacking midfielder Juan Iturbe has been dubbed ‘the next Lionel Messi’ after his fine performances in Serie A this season. The likes of Liverpool, Manchester United and Real Madrid are all thought to be watching him as well, but Monaco could now step up their interest in bringing Iturbe in as a like-for-like replacement for Rodriguez. The 21-year-old notched up eight goals and four assists in the Italian top flight this term, and could go on to enjoy a similarly meteoric rise like Rodriguez has if he is given the chance to play for a bigger club, as well as for his senior national team, with a call-up for Argentina surely not far away.