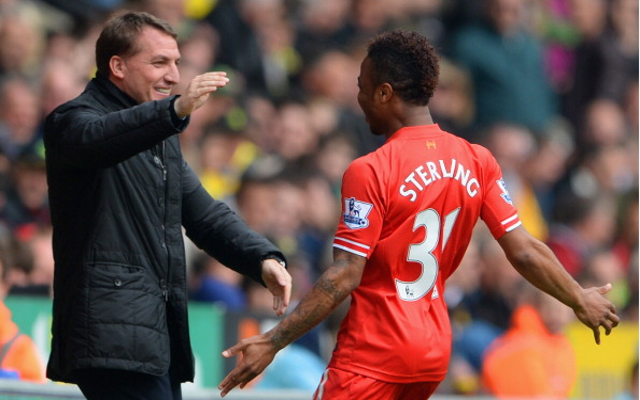 Liverpool have a tough task to keep their emerging winger Sterling.

Spanish giants Real Madrid’s latest craving is not for Luis Suarez, but another Liverpool star Raheem Sterling, reports the Mirror.

Los Blancos boss Carlo Ancelotti has given his nod of approval for the club to make a bid for the 19-year old winger after he took the Premier League and World Cup by storm this year.

Although Sterling was not able to steer England to the knockout stages of the World Cup, the teenager was the lone bright spot for the Three Lions In Brazil, and it comes as no surprise that he is on the wishlist of the mighty Madrid.

The uncompromising Los Blancos are ready to offer in excess of £25 million pounds for the England international, as they believe that he could be a long term replacement for their biggest superstar Cristiano Ronaldo.

Madrid are concerned over the growing injury troubles for the Portuguese maestro, and want to bring in a bright upcoming talent to provide cover.

The European champions usually get what they want in the transfer market, and the Reds could have a bigger headache on their hands this summer in their efforts to keep their little jewel at Anfield.