Another picture of Arsenal’s new home shirt for the 2014/15 season has been leaked by a fan on Twitter, who claims his son has access to the kit in his role for a sports company.

Jimbo Goon (@JIMBOGOON) posted the picture on the popular social networking site, saying that the Gunners’ new-look shirt design should be going on sale soon.

After a long-running kit deal with Nike, Arsenal’s shirts will now be designed by Puma, who have gone for a basic but classy look here, moving away from the slightly strange black marks on the north London side’s shirts of the last two seasons.

Yet another leak of the new Arsenal Puma home shirt for 2014/2015 [Picture] http://t.co/WpaMHHp0fA pic.twitter.com/mr8FxojOlW

The image certainly looks legitimate and resembles earlier leaked pictures of the proposed shirt design, such as the one below. 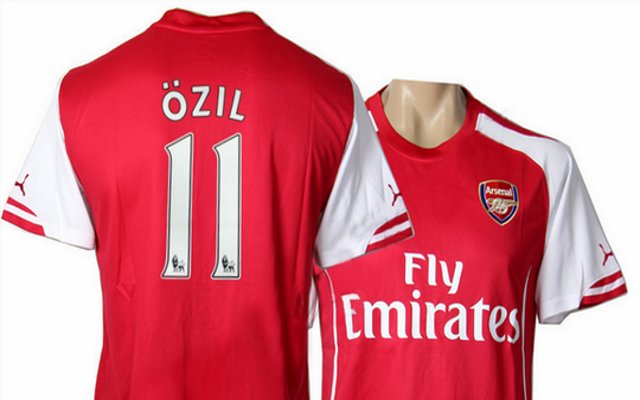