Chelsea may have dropped a major hint over the future of young goalkeeper Thibaut Courtois after their official webpage left him out of the first-team squad section of the site.

The Belgian international, currently representing his country at the 2014 World Cup, has spent the last three seasons out on loan from Stamford Bridge with Atletico Madrid, where he has really impressed with some world class performances.

However, Petr Cech still looks like being the undisputed number one at Chelsea next season, with Courtois seemingly not considered part of the first-team picture, despite other returning loan stars Romelu Lukaku, Victor Moses and Marko Marin all making the list when they equally look like leaving the club this summer.

New signing Cesc Fabregas is included in the list, though another arrival Kurt Zouma is also a notable absentee. 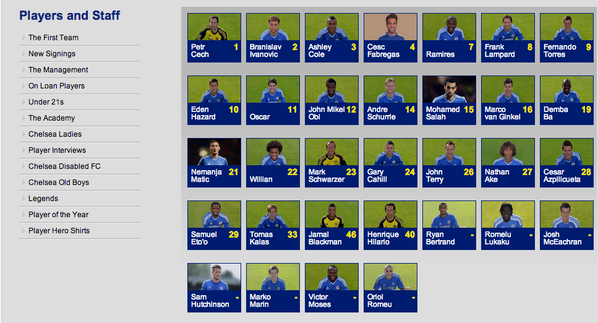