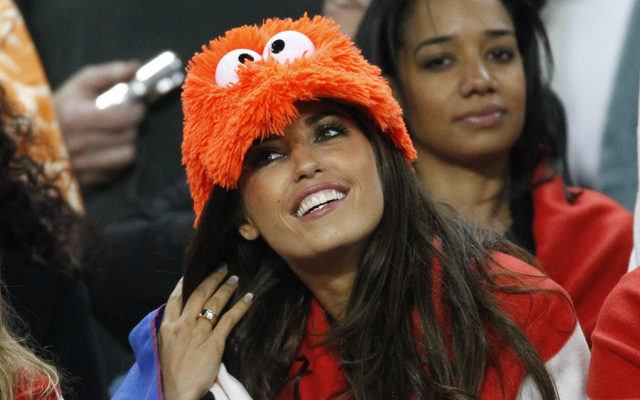 The Netherlands scraped past an unlucky Mexico side to reach the quarter-finals of the 2014 FIFA World Cup on Sunday.

Mexico were leading 2-1 until the 88th minute when Wesley Sneijder equalised with a well-struck volley from just inside the penalty area.

The Dutch then completed the brutal turnaround in stoppage time when Klaas-Jan Huntelaar converted a penalty after Arjen Robben had been felled by Rafael Marquez.

Among those getting lairy was Yolanthe Cabau, Sneijder’s wife, who was partying with a group of her friends, all of whom looked like they may have enjoyed a beverage or two during the game.

Check out Yolanthe’s celebrations below and then click here to see 18 incredibly hot pictures of the 29-year-old actress.

Yolanthe is the one wearing a black football shirt on the left side of the picture.

She accompanied her Instagram upload with the words: “Yaaaayyyyyyyyy!! Hollandaaaaaaaa we love you!! @sneijder10official So happy for you! Such a beautiful goal!!”