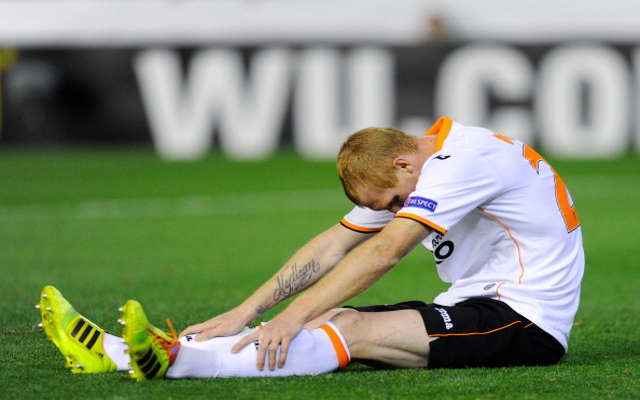 Old Trafford side told to fork out massive sum for decent, but ageing, centre-back.

Having won the race to sign Southampton teenager Luke Shaw it appears that Man United boss Louis van Gaal is keen to further strengthen a back-line that is in need of freshening up.

talkSPORT claim that the Old Trafford side will fight Barcelona to sign the experienced Valencia defender Jeremy Mathieu, a player who is said to have a hugely inflated release clause set at €36m (£28m) which is fairly steep given we are talking about a 30 year old with just two French national team caps to his name.

He is seen by Nou Camp boss Luis Enrique as a replacement for exiting veteran Carles Puyol whilst van Gaal no doubt sees the former Toulouse man as a possible player to help fill the void left by the departures of both Nemanja Vidic and Rio Ferdinand.

Valencia are known for selling their top talents but they will struggle to sell Mathieu for half the fee stated by this source and a lot could depend on whether Louis van Gaal feels a move for a player in the latter stages of his career makes a great deal of sense.

Mathieu moved to the Mestalla in 2009 and has been a consistent performer who has made 129 appearances for the La Liga side.