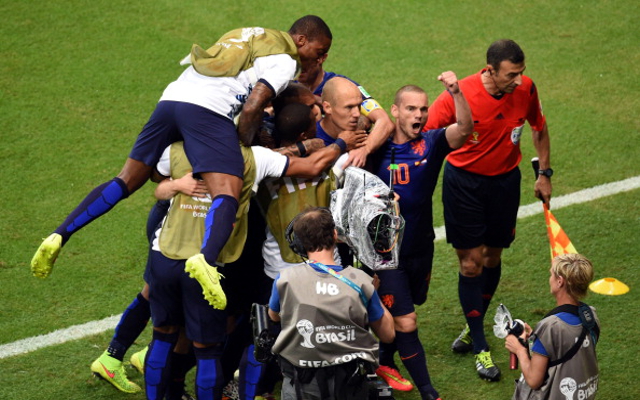 Read a preview and watch a live stream of Holland vs Mexico.

The 2014 World Cup last-16 continues as Netherlands take on Mexico with the winner joining hosts Brazil and Colombia in the quarter-finals.

The Dutch won Group B with maximum points after beating reigning champions Spain, Chile and Australia, whilst the Mexicans finished second in Group A behind the Brazilians.

Robin van Persie returns for Louis van Gaal’s men after missing their last outing due to suspension and with three goals already at the tournament will pose a serious threat in attack.

After losing in the final at the 2010 World Cup the Oranje are looking to go one better this time around and are one of the most in-form teams at the competition.

Midfielder Jose Juan Vazquez is suspended for Miguel Herrera’s men and is likely to be replaced by Carlos Salcido in the middle.

Mexico have been eliminated at this stage of the tournament in the last five World Cups and with either Costa Rica or Greece awaiting the winners in the last eight, they will be desperate to go one better this time around.