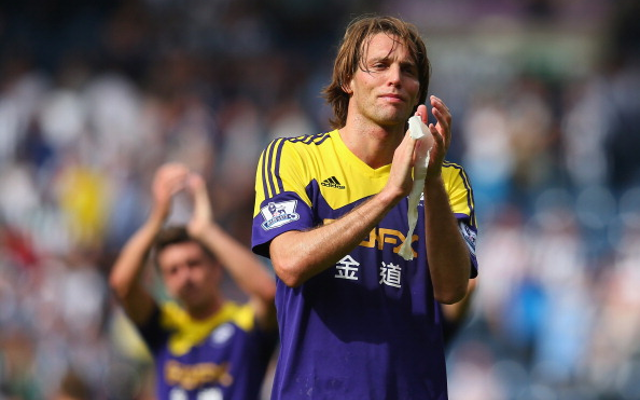 Swans star closing in on Serie A switch.Swansea City striker Michu is closing in on a summer switch to Napoli after reportedly passing a medical with the club, according to Spanish source Cope.

The 28-year-old was linked with a whole host of top clubs for much of last summer after he enjoyed a superb debut season in the Premier League in 2012/13, and the Swans now appear ready to cash in on the player after a slightly disappointing second year at the club.

Michu found the back of the net on 22 occasions in his first season at the Liberty Stadium, which saw him lauded as one of the best pieces of business of the summer as he arrived at the club for just £2m, but he could only manage six goals in the following campaign after suffering a number of injury problems.

The Spaniard appeared in less than half of Swansea’s league games, and also adapted to a slightly different role in the side as he played deeper than the previous season to accommodate new signing and top scorer Wilfried Bony.

Napoli are in the market for new signings upfront, however, and their manager Rafael Benitez seemingly still rates Michu highly, with a move expected to be completed imminently.