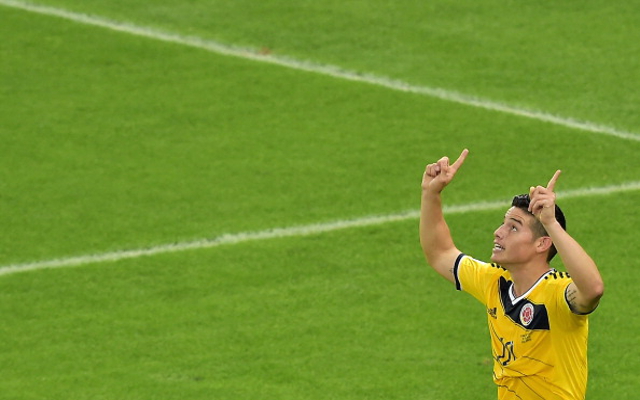 Colombia winger James Rodriguez is fast becoming one of the most talked about names in world football after his superb displays in Brazil for this summer’s World Cup.

The Monaco star, still only 22, is likely to be high in demand after this summer’s tournament given what we’ve seen so far, with his latest eye-catching solo efforts seeing him score a brace to down Uruguay in his country’s last 16 tie, whilst becoming the competition’s top scorer in the process.

Despite making a big-money move to Ligue 1 last summer and performing well in his first season with Monaco, few could have anticipated such an impact from the youngster at this World Cup, as he has arguably been the best player on show so far.

Re-live his five goals for Colombia in the video below.