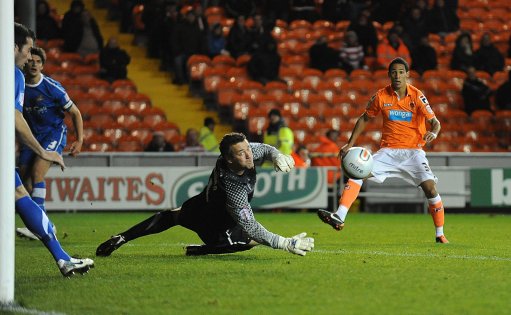 The Tigers are set to complete the signing of Thomas Ince after he left Blackpool and turned down the chance to join Inter Milan.

Hull City are set to win the scramble of mid-table Premier League sides to secure the signature of young winger Thomas Ince, who had turned down the opportunity to sign for Serie A giants Inter Milan, according to reports from the Mail.

Steve Bruce has been busy in the transfer market this summer, already securing the permanent signing of Jake Livermore from Tottenham Hotspur, whilst he also spent a significant sum on catching strike duo Shane Long and Nikica Jelavic in the January window.

Ince is likely to become one of the chief creators for that partnership at the KC Stadium, having terrorised the Championship out wide for Blackpool over the last three seasons.

The England Under 21 international had been expected to follow in the footsteps of his father Paul this summer and sign for Serie A side Inter Milan, but the former Liverpool trainee opted to turn down Walter Mazzarri’s side in favour of a move to the Premier League.

Ince spent the final months of last season on loan at Crystal Palace, impressing sufficiently under Tony Pulis for Palace to be linked strongly with a permanent move for Ince, but it looks as though Steve Bruce has won the race and will be bringing him to Hull City for next season.