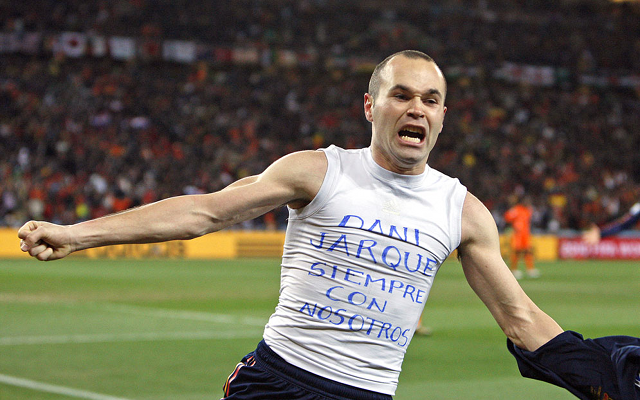 Barcelona and Spain’s legendary midfielder Andres Iniesta has fuelled speculation that he might be ready to make the first transfer of his professional footballing career, reports the Independent.

The former Ballon D’or runner-up, and scorer of a World Cup final winning goal, has heaped praise on Manchester United’s new manager Louis van Gaal, who once managed him when in charge of the Catalan giants.

“He already commands respect when you are a veteran, so imagine when you have just entered the team and you are young,” Iniesta told Barca TV.

“But the truth is I have a special memory of him, because he is someone very important to me and if there was something he cared about was supporting the young players from the reserves.”

The 30-year-old failed to reach the heights expected of him during this summer in Brazil with the national side, and there have been rumours that some of the old-guard at Barcelona, including Dani Alves – could be ready to part the club now managed by Luis Enrique.

United are looking to strengthen the midfield this summer, and have already brought in 24-year-old Spaniard Ander Herrera from Athletic Bilbao for a sizeable transfer fee.

Although he’d unlikely command that kind of fee because of his age, any move for Iniesta, regarded as one of the best footballers of his generation, would spark excitement amongst fans of the Old Trafford club.