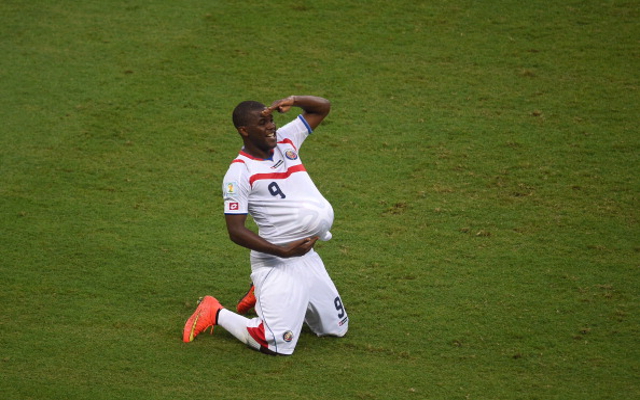 Arsenal owned forward Joel Campbell will not be sold this summer, but instead will return to pre-season with the Gunners and compete for a first-team place in 2014/15, reports respected BBC journalist David Ornstein.

The 21-year-old forward has excelled at this summer’s World Cup with Costa Rica, and his country take on Netherlands on July 5th in the quarter-finals.

He’s spent the past three seasons out on loan from Arsenal having arrived at the club in 2011, but started to get the attention of the club’s fans last term following strong performances in the Champions League with Olympiakos.

Campbell though will have a serious job on his hands to force his way into Arsene Wenger’s starting XI, with Theo Walcott set to return from injury, and the likes of Santi Cazorla, Mesut Ozil, Lukas Podolski, Tomas Rosicky, Serge Gnabry and even Aaron Ramsey capable of playing in attacking midfield.

There have been links to AC Milan, but it seems as though Campbell may try to test his mettle in England before turning his head elsewhere if he can’t get in the side.